Scandinavian Lottery, one of Hungary’s most popular lottery games, turned 20 this year. It was in honour of this anniversary that Szerencsejáték Zrt., the Hungarian National Lottery Company, organised the 2019 Super Concert. The event attracted a crowd of more than 70 thousand fans to celebrate with Canadian superstar Bryan Adams, along with Wellhello, one of the best-known Hungarian pop bands.

This year again saw Szerencsejáték Zrt. organise the Super Concert, with a view to launching a tradition. Sting and Shaggy drew a crowd of tens of thousands in 2018, but the Hungarian national lottery company managed to surpass this with its concert in 2019, as more than 70 thousand people came to see the event on 28 September at Heroes' Square, one of Hungary’s most iconic locations.

It was a roaring success, with the atmosphere fired by iconic guitar hero Bryan Adams. The concert, whose audience was larger than anything seen in recent years, showcased some unique technical solutions: in addition to a stage of 500 square metres, the visual experience was boosted by 550 square metres of LED-lighting, 300 square metres of which was concentrated around the stage. The unforgettable audio experience, worthy of the greatest rock concerts, was guaranteed by more than 200 specifically tuned high performance speakers.

The Scandinavian Lottery Super Concert and the promotional activities surrounding it – an Audi A5 model, displayed at the concert site as the main prize of the event – was accompanied by a nationwide marketing and communication campaign on ATL and BTL platforms, social media, internal communication, with 360-degree activity. Bryan Adams gave two exclusive interviews and four lucky winners had the opportunity to meet the star in person as part of a Meet & Greet event. Szerencsejáték Zrt. received thousands of comments on its social media platforms, 99 percent of which were positive in tone, praising the outstanding quality of the concert, excellent technical delivery and the high degree of security.

In tune with its CSR programmes, Szerencsejáték Zrt. also paid particular attention to people with disabilities at the Super Concert, providing them with a dedicated accessible stand in the audience that was three times as large as last year. In addition to Heroes' Square and the surrounding areas, the three mobile spectator stands also filled up with people during the course of the event.

For pictures and footage of the Super Concert, visit Szerencsejáték Zrt.’s social media platforms or its video sharing page at https://www.youtube.com/watch?v=ZTjT7UuD7Go. 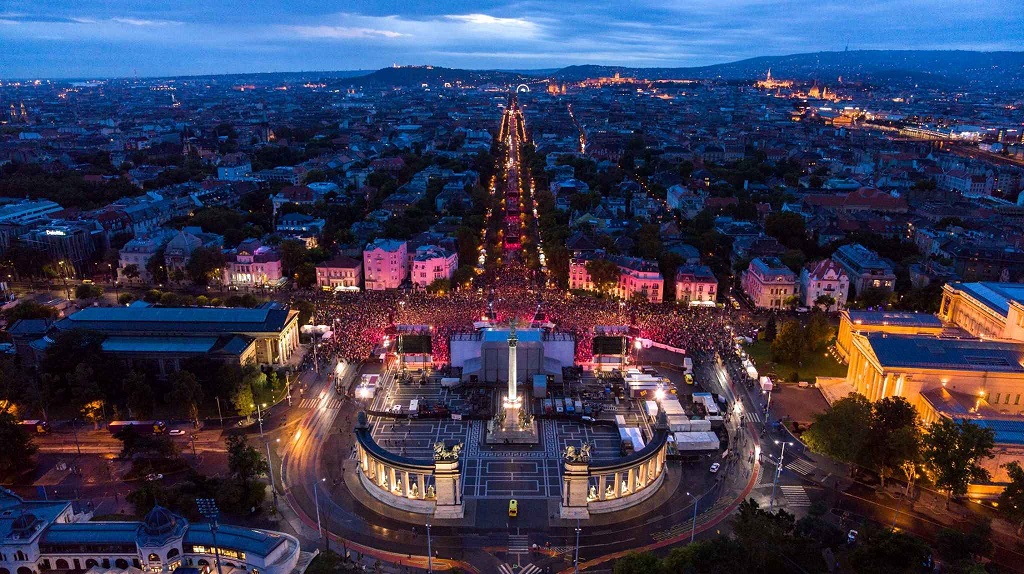